Posted by Jayne in Canning, Food gifts, Jams and Chutneys on August 24, 2013

One recent Sunday saw my husband using a wheelbarrow as a step up to reach for branches to bend towards me to pick lots of cherries! What a find, a tree full of tiny cherries! When I first noticed the cherries they were tiny and bright red and there were so many of them that I assumed they must not be edible, Id heard somewhere that if the birds aren’t eating them they are poison. I don’t know if that tale is true but it makes sense to me so we ignored the cherries. Well those cherries got darker as they ripened and one day I popped one into my mouth “just to see” it was fine so we picked them! I think the birds couldn’t really see them and judging by pits all over the place the birds had found and eaten those cherries, there were just so many of them there were still enough for us!

As I mentioned those cherries were tiny, more pit than fruit so I decided that pitting them would be to awful of a job. I have a friend that has spent many a summer in Italy and she told me of tiny wild cherries in Italy that are made into liqueur so I used some for that, more of that another time. I used the rest for jelly rather than jam so I could avoid pitting! There are not many recipes for cherry jelly  so I applied the general rule of adding a pound of sugar per pint of juice for jelly making.

I did not get very much juice from my cherries considering the amount of cherries I used, and it was a little stubborn about setting. Maybe this is why there aren’t many cherry jelly recipes! However if you come across some cheap cherries or as I did some free ones and don’t mind a small batch of jelly this is well worth making, it tastes wonderful!

The amounts will vary according to how many cherries you have. I had 4 lbs when making this jelly which in the end only resulted in 1 and a half jars of delicious cherry jelly.

The general rule for jelly making is to measure the juice obtained from your fruit, in this case cherries. For every 550 mls/20 oz of juice you get you will need to use 1 pound of sugar

I did not process my jelly in a water bath as I had such a small amount and its so good it wont be around for very long! 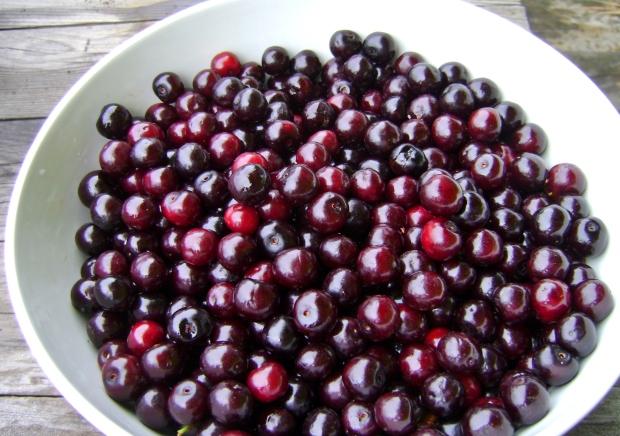 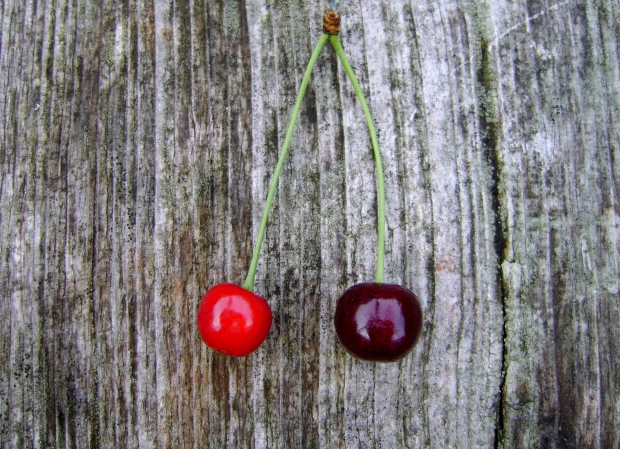 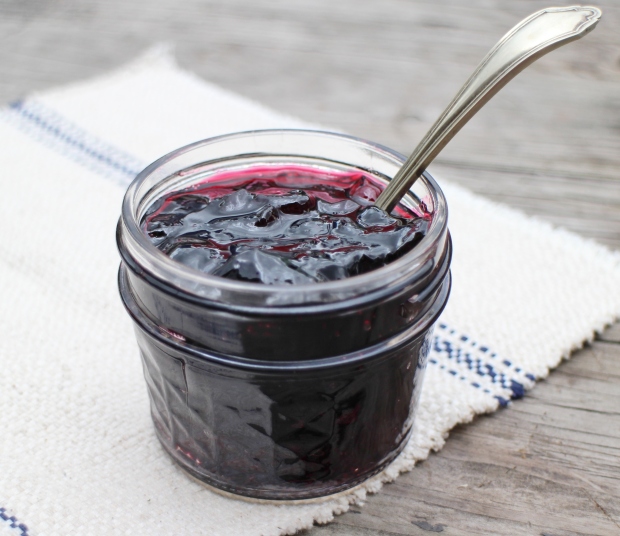 A glut of blackcurrrants is not an easy thing to get rid of! I stopped picking blackcurrants at my Mother in laws allotment when we just about filled the tub we were using and I started to get worried that there was only so much blackcurrant jam one could eat, especially when my husband announced that he didn’t like blackcurrant jam! Picking blackcurrants is a bit of a pain, so many tiny berries attached to little stalks, after a while I perfected the art of pulling the berries downwards off their little stalks, thus saving much picking over later when I got home. I needn’t have bothered as I later decided that it would be much easier to make jelly which actually needs the stems for added pectin! Luckily I still had a lot of stems attached in the tub!

Making this blackcurrant jelly is really easy but does require some time, perfect for a rainy Sunday or make it one evening and leave to strain while you sleep. I really enjoyed the bright flavour of this jelly without all the seeds and bits blackcurrant jam has.

I just realised that I can link this to the Simple and in Season blog event, held by Ren at Fabulicious food but hosted this month by Fleur at Homemade by Fleur

I made this jelly again this year (2014). After straining my cooked blackcurrants I had 3.5 pints of juice to which I added 3 pounds of sugar and the juice of a lemon. A 10 minute hard boil and the jelly was ready, its a particularly tasty batch this year!